Another week, another seven days of MMA action to feast your eyes upon. This week sees leading promotions UFC, Cage Warriors, ONE Championship, and ACB hosting events this week.

To do Fighters Only readers a solid, we’ve picked the highlights of all MMA events coming up this weekend.

Read on to find out where and when these cards are taking place. And we’ll also throw in some viewing details so you can watch the action for yourself.

ONE Championship arrives in Yangon, Myanmar, for its ‘Quest for Gold’ event on Friday.

Nsang is presently riding a two-fight win streak after immediately avenging a tight decision loss to Russian Vitaly Bigdash in a rematch to win his middleweight belt in June of last year. Now, Nsang steps up a weight class to try and become a two-division champion.

Machado is also on a high, having dispatched Cameroonian fighter Alain Ngalani inside two rounds to earn his shot at the title.

On Friday, the Russian-based promotion makes its first trip to the United Arab Emirates with ACB 81 taking place at The Dome in Dubai Sports City.

Saidov, originally of Grozny in Chechnya, Russia, fights out of Poland like his cousin and Polish MMA legend Mamed Khalidov. And with Carneiro’s experience of eight fights in the UFC, this will be a fun well-matched fight as the duo look to get closer to the ACB welterweight championship.

ACB were in the news earlier this week, announcing that ex-UFC heavyweight champion Frank Mir will be co-promoting events with the company in 2018. 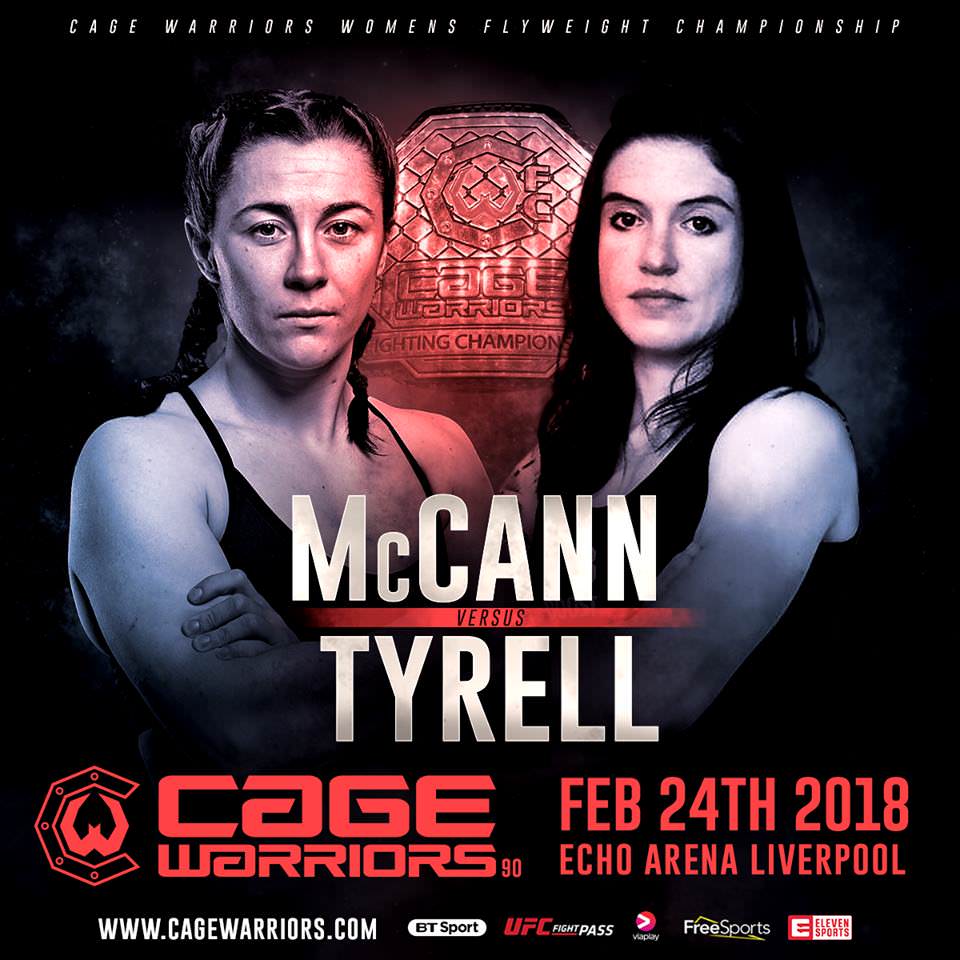 As to be expected, the card is crammed with talent local to Liverpool and England’s North West – a long-time MMA hub for the United Kingdom.

The main event sees Liverpool’s own Molly McCann, one of Europe’s fastest rising female fighting prospects, fight for the vacant women’s flyweight title against the wily Bryony Tyrell, who has won multiple championships during her career.

Meanwhile, fan favourite Paddy Pimblett returns to fight in his hometown against experienced Greek featherweight Alexis Savvidis.This is the first time Pimblett appears in a Cage Warriors cage since his shock decision loss to Nad Narimani in April 2017.

Other Liverpudlians on the card include heavyweight Shawn Kenny, who takes on Austria’s Ruben Wolf, and Lawrence Fitzpatrick will compete against Norwegian talent Alexander Jacobsen.

The UFC rolls into Orlando for the third time in its history on Saturday night for UFC on FOX 28.

A top featherweight bout between the fast-rising Josh Emmett, fresh off an upset win over Ricardo Lamas, and the tough as nails Jeremy Stephens in what is sure to be a fascinating fight.

Elsewhere on the card, two top strawweights in Jessica Andrade and Tecia Torres provide the co-main event, while fan favourite and local boy “Platinum” Mike Perry returns to the Octagon in a welterweight showdown against Max Griffin.